“Even if it doesn't want it, this city will learn about the secret rites of Bacchus”. Euripides-The Bacchantes 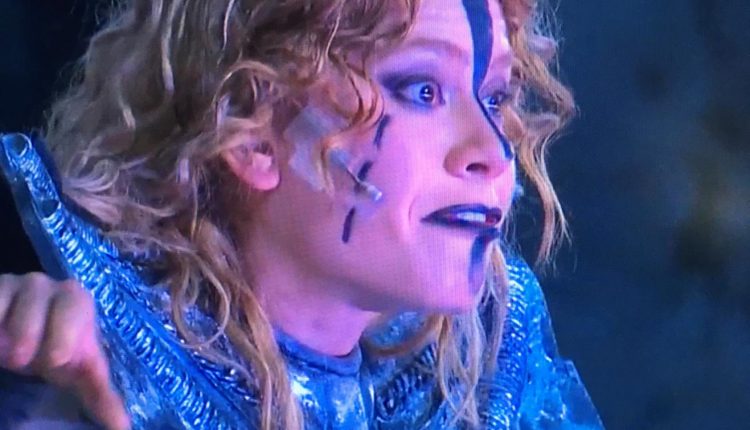 He is the god who comes when he wants, capable of taking on multiple forms with which to show off his superiority basked in madness. He revived gods and heroes by moving the masks, his symbols of appearances and apparitions, he inspired the sacred thrill of terror and the delirium of liberating laughter. 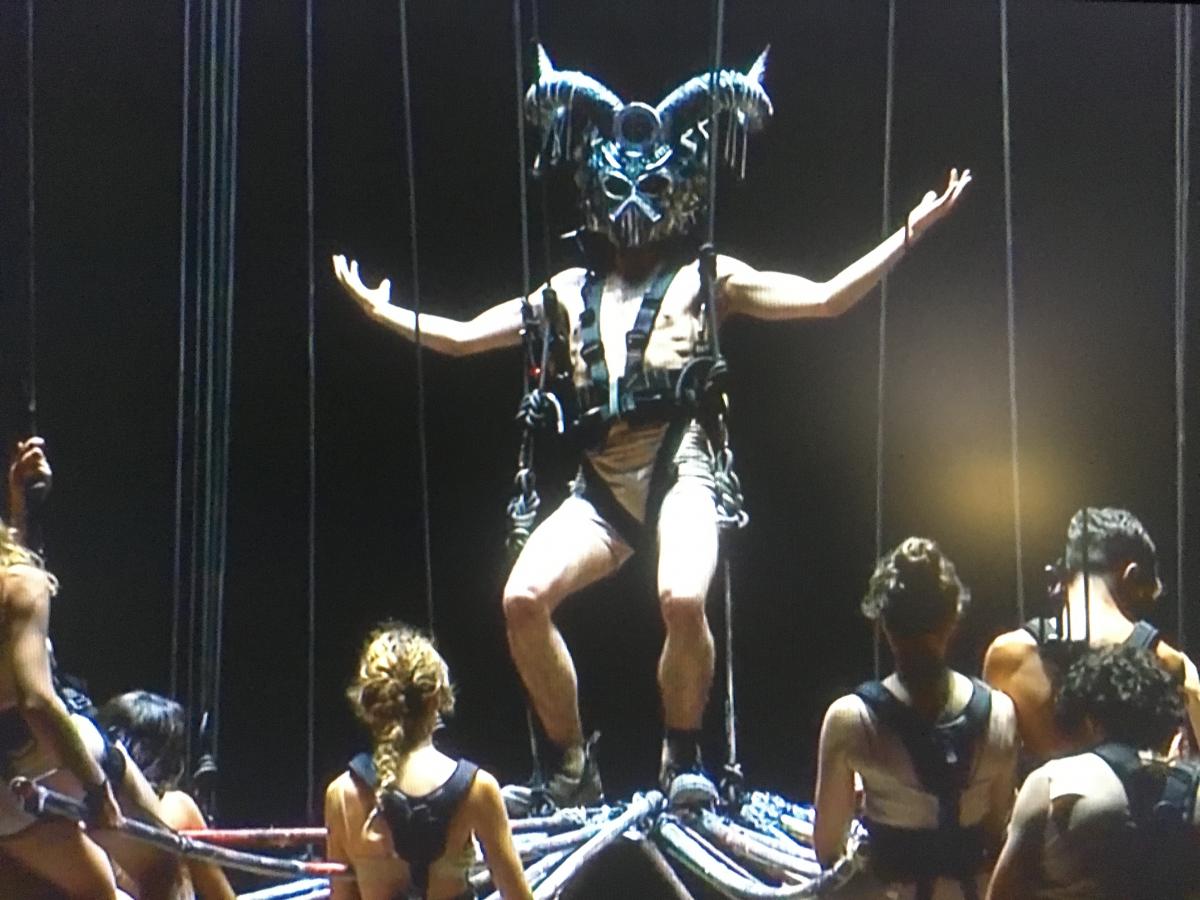 The short plot taken from the INDA website on stage until August 20, broadcast on Rai 5 and available on Raiplay, tells us how: “The god Dionysus arrives from the East, with a retinue of Asian Bacchae, up to Thebes, where his family does not recognize him or his cult. The women of the court, possessed by the god, flee to the mountains to celebrate the rites, while the old king Cadmus and the soothsayer Tiresias adapt. Only King Pentheus, cousin of the god, refuses that cult and fights the god, but he will be seduced, deceived and finally persuaded to follow Dionysus to the mountains, where he is the victim of the delirium of his own mother Agàve, and mistaken for a fair, he comes from she slaughtered “. A brilliant director Carlus Padrissa (La Fura dels Baus) who keeps his breath in suspense … his whole world is in suspense, imagined along the lines of Dionysus’ mad revenge … spectacle as they used to say in ancient times … emotions 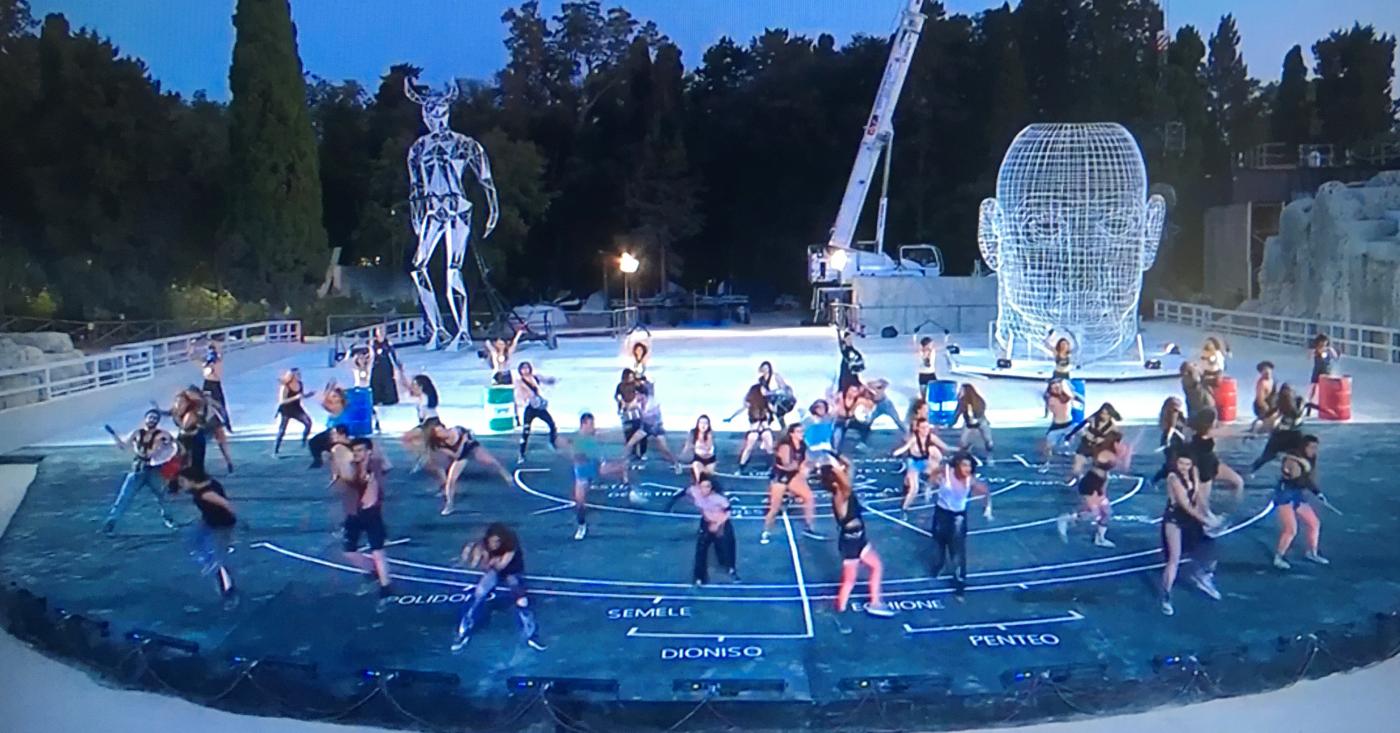 Lucia Lavia a splendid Dionisa so she will be called at the end of the tragedy by changing the name in the genealogy used as a proscenium platform. His interpretation, now a child, now a teenager, now a cruel god “everything is possible” was wonderful emblematic sly fitting: it was not recited she was Dionysus !!!

Dionysus is the symbol of the flow of energy that inspires and allows you to dissolve old habits and old crystallized attitudes. Physical intoxication even in sex is only the lowest rung of the great mysteries. The union with the soul and the expansion of consciousness that comes from forgetting about oneself are gifts of Dionysus that are not generally appreciated.

Bewitches its prey at night. It is not depicted to be contemplated. Looks the intended victim straight in the eye.

In the prologue of the tragedy, Dionysus tells us that he came down among men to convince all of Thebes that he was a god and not a man. It induced the germ of madness in all the Theban women, who therefore fled to Mount Citerone to celebrate rites in honor of Dionysus himself (thus becoming Bacchae, or women who celebrate the rites of Bacchus, another name for Dionysus). Pentheus king of Thebes in fact cousin of Dionysus since Cadmus the grandfather is the father of Semele mother of Dionysus and of Agave sister of Semele and mother of Pentheus. Well the director’s genius described the whole lineage in the scenography of the show. Will he also have had the same problem in keeping in mind all the names and the reason for any feuds, you know I am telling you? Instead of explaining who I am, I’ll put it in writing. This is what good directors do: either they ask you to study the tragedy at home or they explain without becoming didactic but brilliant … 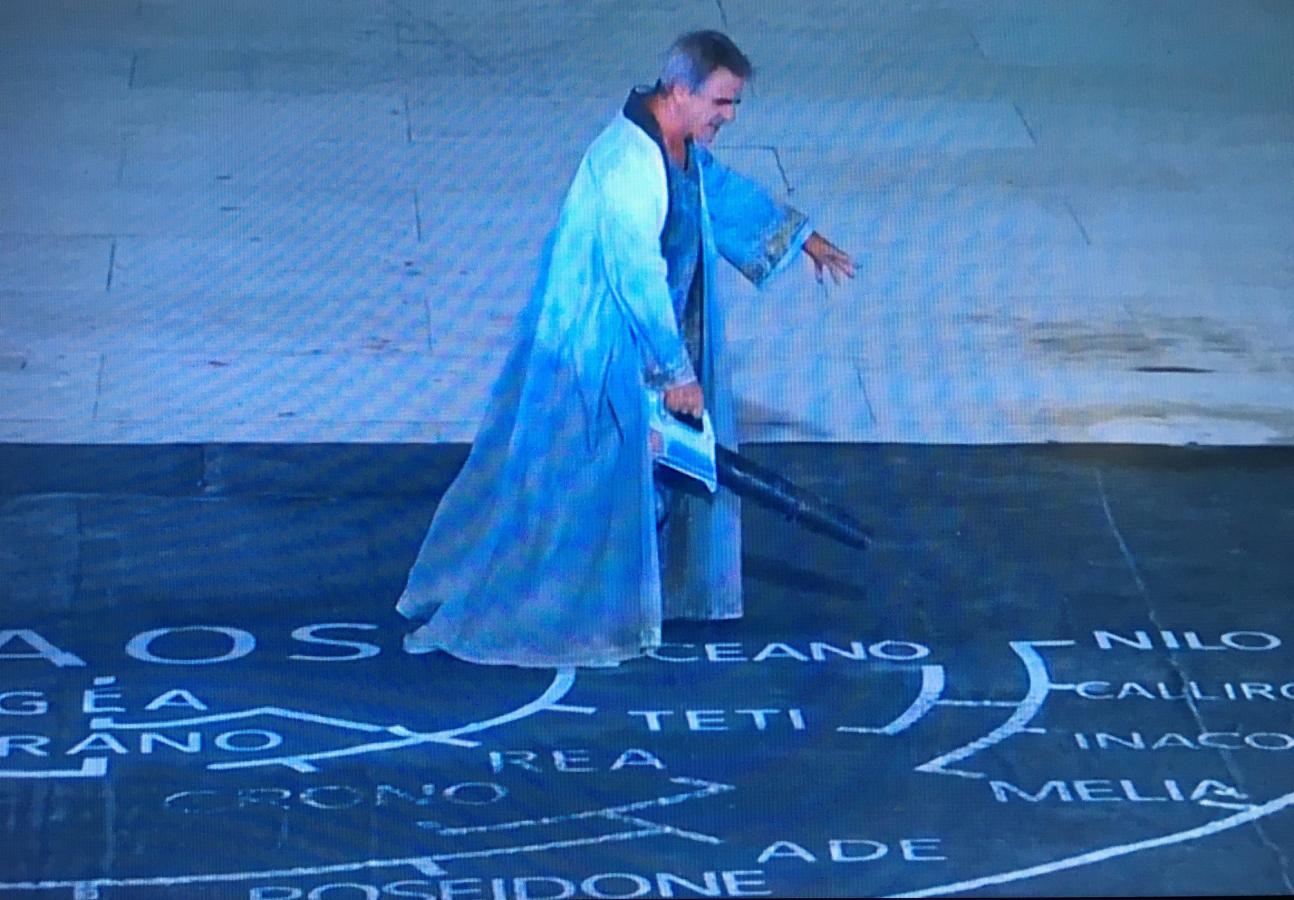 Pentheus absolutely refuses to recognize a god in Dionysus, and considers him only a kind of demon who has devised a trap to lure women. In vain Cadmus (grandfather of Pentheus) and Tiresias (blind soothsayer) try to dissuade him and make him recognize Dionysus as a god. The king of Thebes then has Dionysus himself arrested and he is captured of his will, but the god unleashes an earthquake that allows him to free himself immediately. Meanwhile, disturbing news arrives from Mount Citerone: the women who perform the rites are able to make wine, milk and honey flow from the rock composition of the soma, an intoxicating drink made with opium and hashish. Dionysus, speaking with Penteo: “You want to go and see something you are sorry to see!” manages to convince him to disguise himself as a woman to be able to secretly spy on the Bacchae. Once the two have reached the Citerone, however, the god incites the Bacchae against Pentheus. They literally tear it apart. Not only that, but the first to rage on Penteo, breaking his arm, is his mother Agave who will then carry his head around !!! 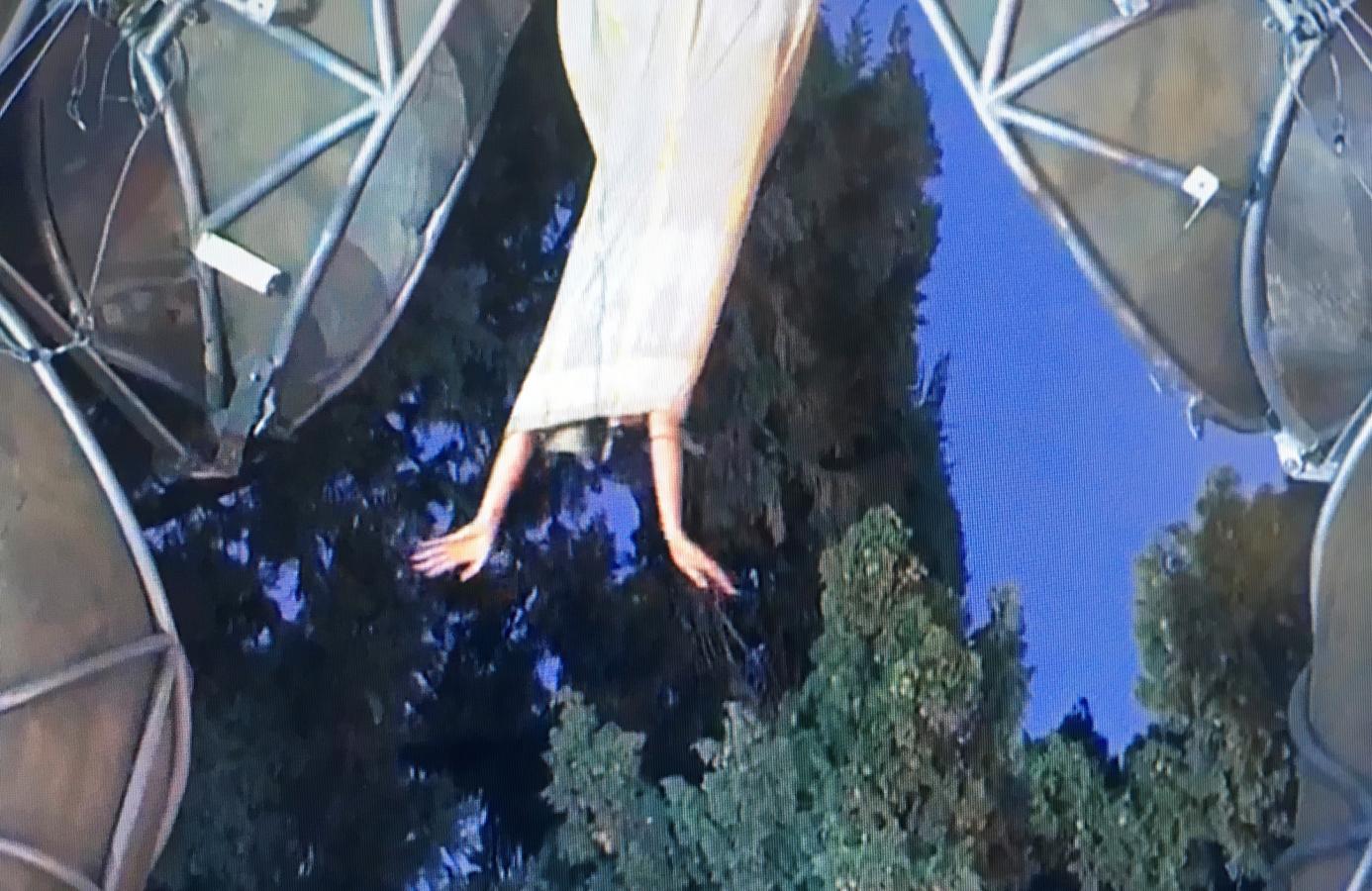 At the origin of the Greek civilization Dionysus is already present: he comes from India and corresponds to Shiva young rebellious boy full of blond curls with a vague feminine shape means crash with truth and life joy, ecstasy, spasm, benevolence, cruelty hunter, predatory , desire, detachment, play, violence, without before or after Plutarch in the treatise on Isis and Osiris identifies it as the Kingdom of the waters with the shattered waterfall from rock to rock that congeals in one the thrill of flight and the torment of the fall. Orgiasm where the dance, the game, the hallucinations the exits out of oneself merged but it was also a knowledge his devotees come in ecstasy to see the coveted object Dionysus and also no less than Shiva the phallus and did not comfort his chastity the name perhaps meant the “child of Zeus”: the mother burned the incomplete infant the father Zeus sews it in his thigh to hide it from the wrath of his wife Hera. His cruel birth is the vision in drunken and creative terror in hallucinations in waking dreams that arose from his drink water mixed with honey extracted ferment it must have seemed like opium stung the heels of the poppy capsules the palaces of Knossos bear witness to it. 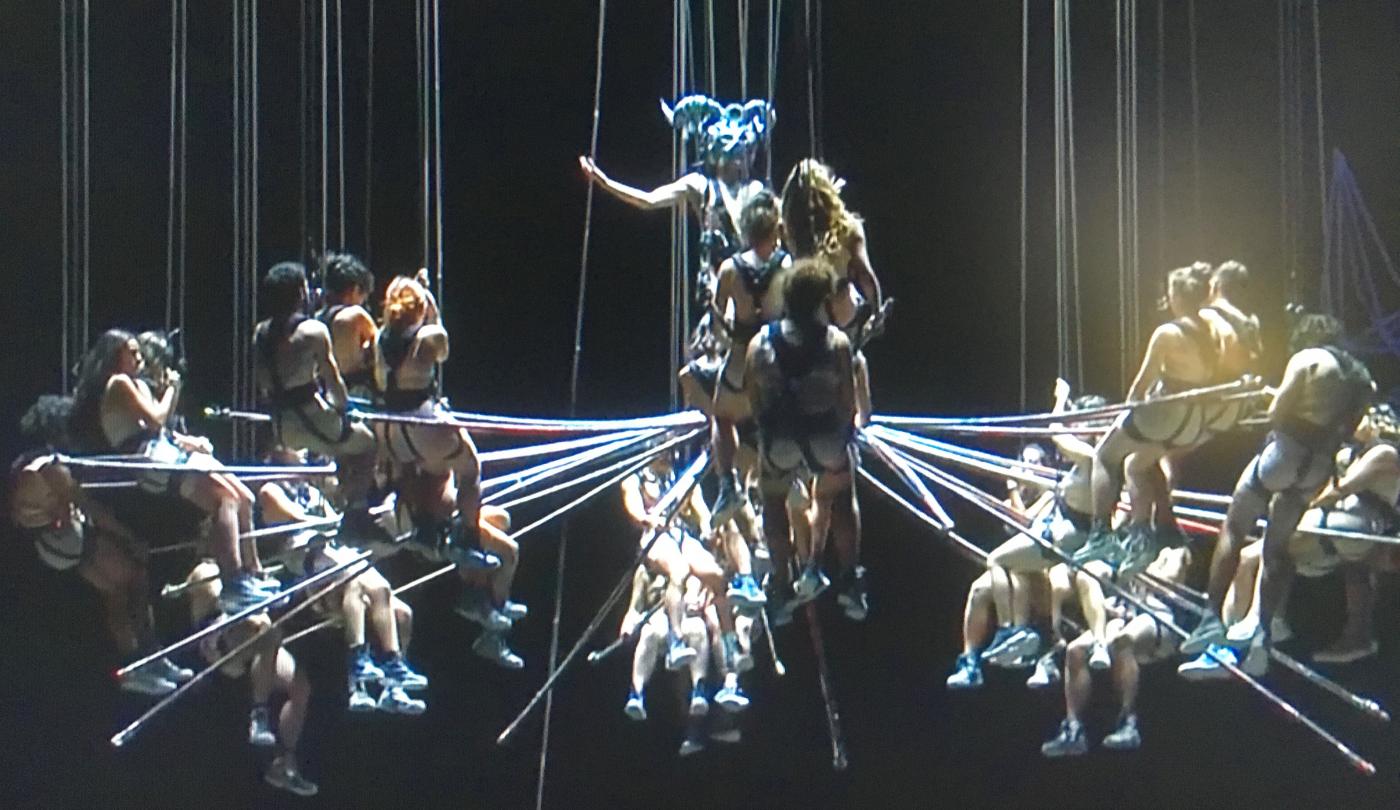 It is not a religious work, rather it is a work to keep the populace away from Dionysian rites: because the people only saw the trivial aspects of it, let’s say violent, it is no coincidence that Dionysus is portrayed as a demon that Christians will then use him … no Euripides tells us about women who perhaps imprisoned in the role of wives and mothers would like to experience an ecstasy of liberation in fact the fabulous director makes them go to war with banners … 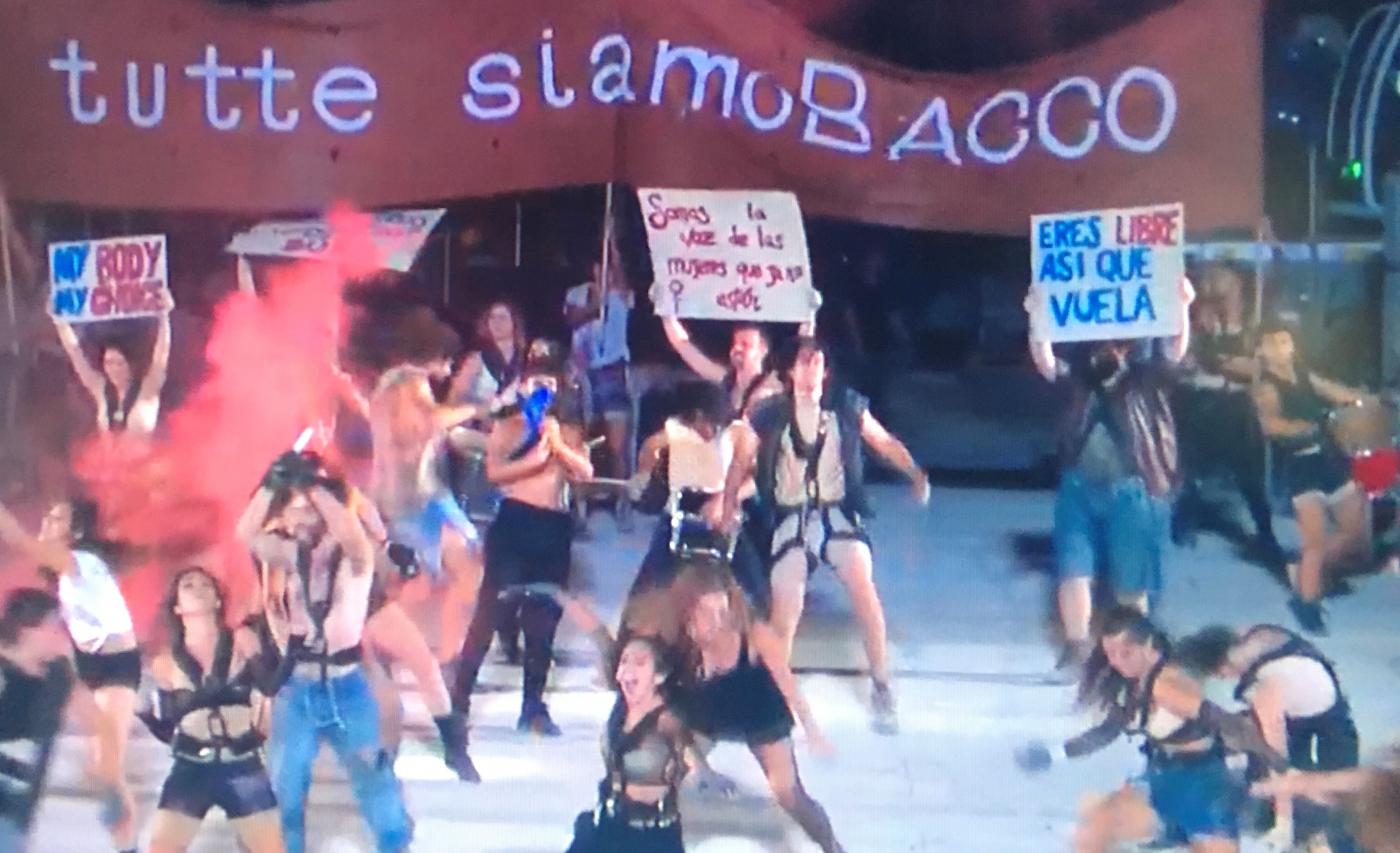 If Euripides had wanted to stage a religious work, perhaps he would not have highlighted the most disconcerting aspects of Dionysism in this way, but he would probably have placed more attention on the positive sides (which still exist, but only in some choral songs) . For this reason, some scholars come to interpret the work in the opposite sense, considering it not a rediscovery of religion, but rather a strong anti-religious invective. And this is demonstrated by the criticism that Cadmus addresses to Dionysus towards the end of the work: “It is not good for the gods to rival men in anger”. 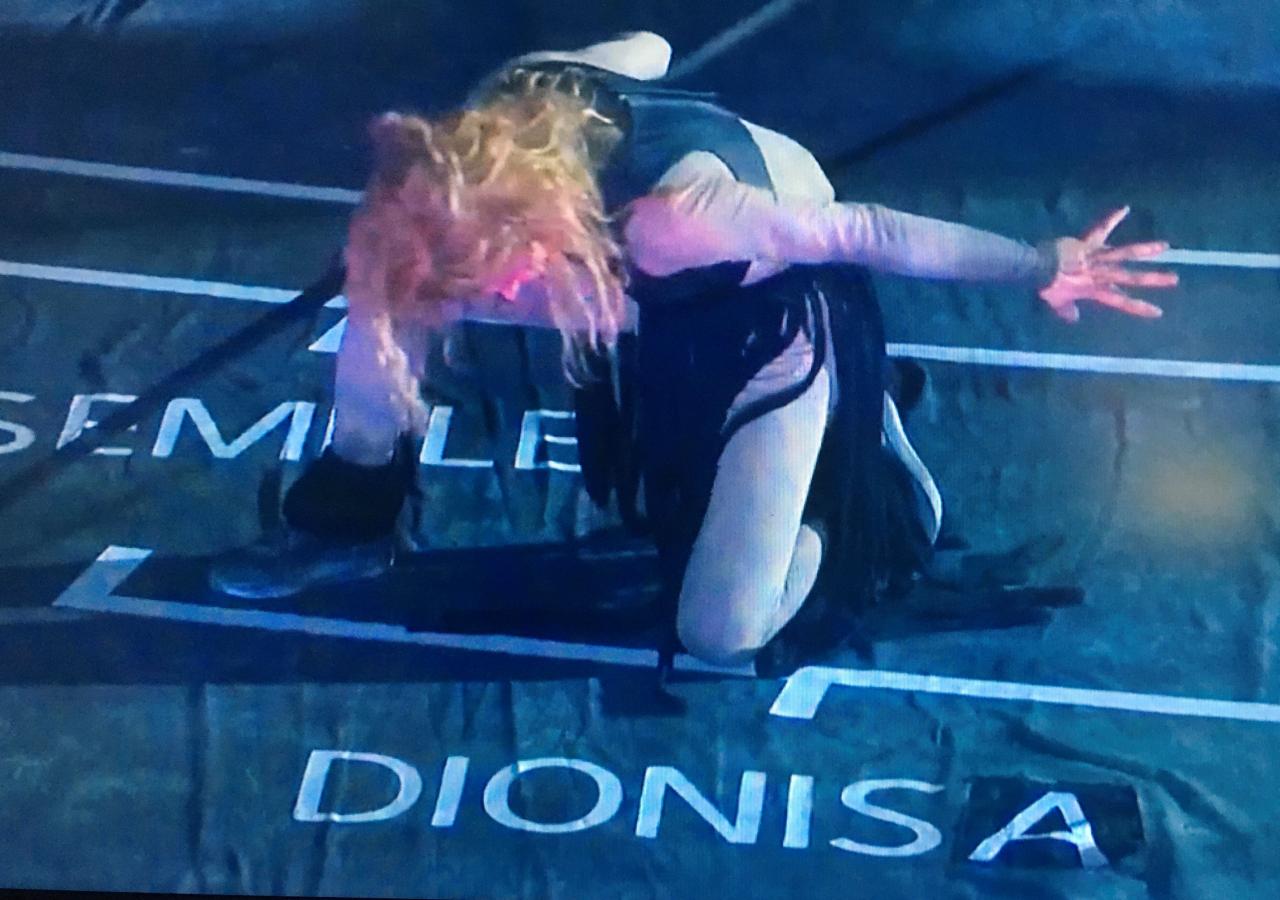 Keep the common people away from the mysteries from ecstasy, indeed the common women … because the true initiatory mysteries are made for men. The philosopher Plato, in Phaedrus, tells us that madness is superior to wisdom: wisdom is of human origin, madness is of divine origin. One of the types of madness identified by Plato is precisely the initiatory one, attributable to the god Dionysus. There are two different types of madness: on the one hand the crazy and bloodthirsty delirium of the Bacchae when they perform violent actions, on the other the more measured and calm behavior during moments of rest and the rituals of adoration of Dionysus. The first type of madness is aimed at those who do not recognize the cult of Dionysus and are therefore punished with violence; the second is instead that typical of those who, having accepted the Dionysian cults, receive the benefits and that is the knowledge. Madness becomes a means to get out of the box, to achieve direct knowledge of the god in one’s body, and, therefore, a greater self-awareness. Here the Christian liturgy draws heavily on the wine and the host are the body of the god that is ingested and Dionysus is the god confused in the ritual that borders on cannibalism: eating from the body of a god to become like him. But just as the son of god has a human mother so our Dionysus must become a god with his sacrifice: but the ecstasy translated into sexuality will become demonic; the ecstasy translated into chastity will become angelic. But both the one and the other are but two half-truths about our divine origin which ignores these Manichean truths of good and evil, making us remain in a condition of infantile emotionality. 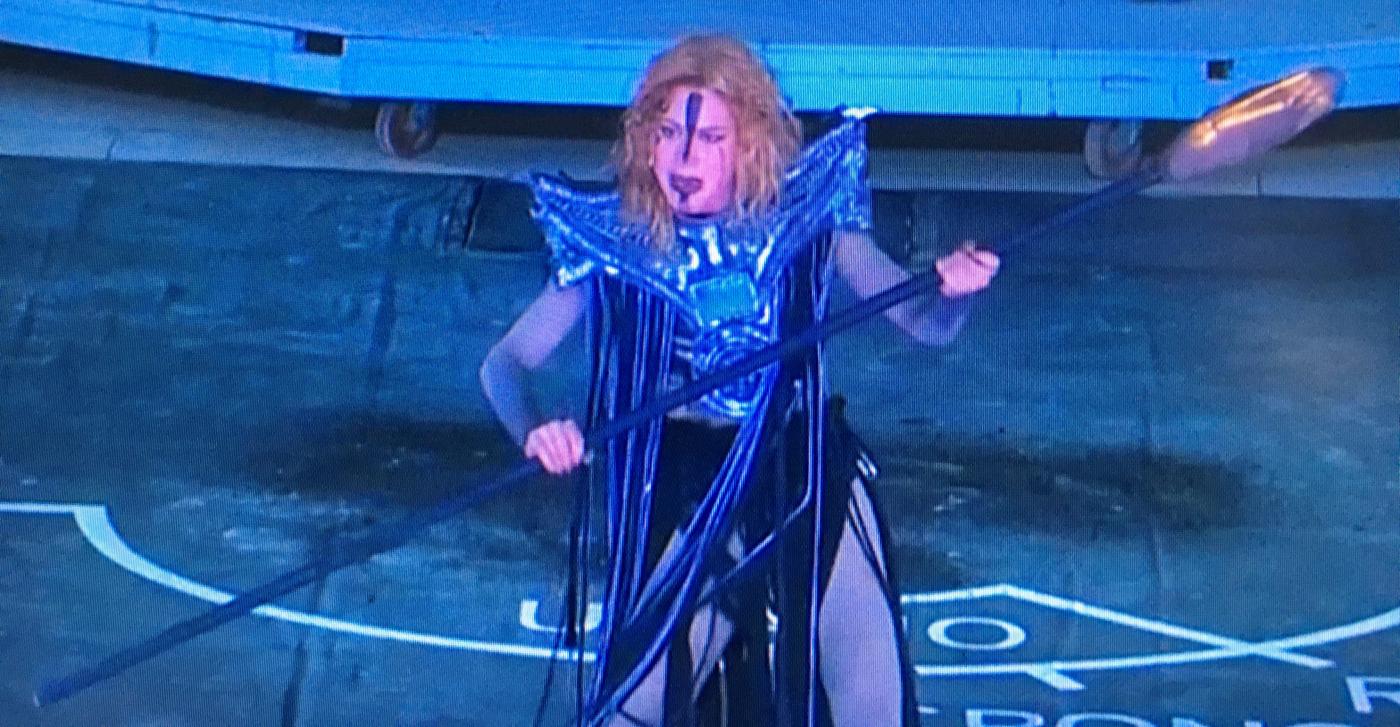 The “thiasus” in ancient Greece, originally the name of a religious association dedicated to the orgiastic cult of Dionysus, is a community without national borders, without social or ethnic barriers. An informal group of women, slaves, anarchist and extremist citizens. There is never a permanent staff of priests. The group of the faithful is spontaneous, individual, in a perennial state of agitation and protest. Dionysus is the god of “clubs”, brotherhoods, private associations, more or less secret, with ceremonies similar to occult societies …