Catholic to the core in a kingdom of Protestants. Unhappy and dissatisfied with her life, queen for five years, she establishes a reign of terror by sending 300 humans to the stake. Nephew of Isabella and Ferdinand, the rulers of Spain, those who discover the Americas, drive out the Jews and initiate the Inquisition with their religious confessor the famous prior Torquemada. How is it possible that such a devout and religious woman will have an extremely violent and disdainful nature of the life of others? 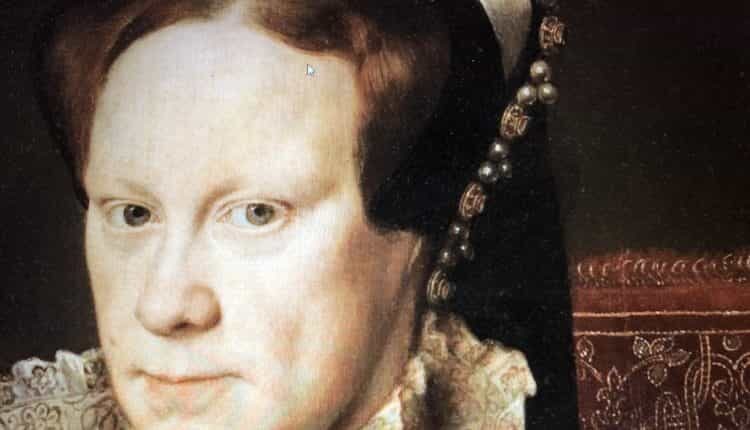 From the frown of Mary I of England’s eyes, it is clear that she was a Tudor, daughter of the famous King Henry VIII, (the one of six wives) and daughter of Catherine of Aragon. Maria, was the grandson of Ferdinand and Isabella, those of the discovery of the Americas and those who expelled the Jews from Spain, in 1492. It is also understood that she was a fervent Catholic. Covered to the core in her “infertile shame”, “a Catholic virgin in a kingdom of Protestants”, or rather of “Anglican subversives”, her biographers will say. In fact, the father, Henry VIII, to marry his second wife, Anna Bolena, will have to “invent” a “new religion” constitutionally. Mary I of England during her reign of blood and terror managed to “burn” about three hundred Protestants and to introduce a sort of inquisition, which her grandmother Isabella of Castile had appropriately inspired. During her reign, Maria did nothing to eliminate the controversies that “concerned” her, such as “small” insurrections determined by religious and sectarian positions on the various “membership clubs” and the “indirect responsibility” for the dead killed on the streets of London , perhaps “buried” in the Thames.

And so naively observing her we ask ourselves: how could such a devout and religious woman have an extremely violent and disdainful nature of other people’s lives? We recall that Maria’s Spanish grandparents had the famous Grand Inquisitor Torquemada as their confessor.
Tomas di Torquemada, at the origin prior of the Dominican convent of Santa Cruz de Segovia, had to his credit in fifteen years of managing the inquisitorial courts over 100,000 trials, (18 a day), and 2000 “honorable and very Catholic” death sentences! !!
Who knows Maria, she told herself, as queen, could have done better!
But how was his socio-psychopathic personality formed and rooted in his ancestral and “royal family? Was it a genetic disorder?

Maria was born on February 18, 1516; pampered and spoiled, she was never separated, with the use of nurses and tutors, from her parents, which was quite rare for those times. He developed a strong bond with his mother and from there his passion for the Catholic religion was born. Everything was going well in Maria’s formation and affections, until her father, looking for an heir, Maria’s mother had only had abortions, fell in love with Anna Bolena. From that moment on, Maria’s mother, Catherine was expelled from the court. Henry asked the pope to cancel the wedding, citing the fact that Catherine had been married to her brother, who later died, and therefore no longer untouched. Not only will the annulment never be granted to him, in such a situation, Enrico will also get a nice excommunication!
But he was Henry VIII, and to marry his wonderful Anne Boleyn, he creates a schism by founding a “new” variant of the Protestant religion, where the king is also the head of the church at the same time. Even today in the Anglican religion, the queen is the head of the church.
Mary, the supporter of her mother’s “nuptial virginity”, was expelled from the court and “for this affront” by the same mother. Maria was 14 and nothing would ever be the same again for her.
Think of the hatred of a teenager who had been deprived of the love of her mother, of her father, who was also a beautiful and highly cultivated man, who cuddled her as an infant, supported by a twenty-five-year-old, charming, capricious and annoying, who will grant her own “flower” , once the marriage contract has taken place. Mary’s deep pain, so as not to miss anything, will be indelibly marked a couple of years later, when Anna Bolena will give birth to her fabulous half-sister, Elisabetta, who at the death of Mary would become famous as: Queen Elisabeth I “The Golden Age “. The birth of Elizabeth, right up to the “government” of Anna Bolena, would have made her, Princess Maria, from legitimate heir to a “legitimate bastard”. According to the edict promulgated by his father, Henry VIII was always the same. Then Mary “princess of blood”, daughter and granddaughter of kings and queens, is dethroned by a concubine, a second-rate nobleman, lady-in-waiting for her mother, the natural “daughter of the devil”: the detestable Anne Boleyn and her daughter Elizabeth.

Maria was exiled with her half-sister to a castle near London and when Henry went to visit Elizabeth, he ordered that Maria remain in his rooms because it reminded him of his ex-wife. The biographers of the time defined it as follows: “she was full of crucifixes, deep dark circles and a grim look dressed in black; it looked like a ghostly crow hiding in the corners of the building ”. When her father had Anne Boleyn beheaded for an alleged betrayal, Maria had a period of happiness.
Actually Henry VIII, always looking for an heir, had fallen in love with Jane Seymour, Anne Boleyn’s lady-in-waiting. Finally Maria got on well with her father’s new wife who managed to give him the much desired male heir. But Jane died giving birth to Edward VI and Mary was left alone again. But his grief and deep pain had only begun. The mother died and a few years later the father. At the age of nine, his half-brother Edoardo, in poor health, becomes king. Being a Protestant, and Mary fervently Catholic, in her will she leaves the kingdom to a cousin, naturally Protestant. In 1553 Edoardo died. Protestant cousin Jane Gray is named queen for nine days.
But the people and some politicians with great clamor demand Mary as queen, descendant of direct blood: and this finally happens on July 19, 1553. Maria thus began to reign at 37 years, half spent suffering, hating and plotting, basically against his family”. Understood as a family of origin: initially cared for as a “deity descended into the earth”, subsequently repudiated by her father, and then declared illegitimate by a half-brother, it finds its dimension in the acclamation of its dignity through the social part of its sovereignty.
But despite the acclamation of the people and the rulers loyal to his lineage, his was a reign of terror. Unable to govern because she was not educated in this sense, she was led by Protestant advisers whom she had “pardoned” for her “real” inability and who left her full “freedom to eliminate” her enemies accusing them of being “Protestant” and “worthy” to end up at the stake. This is the demonstration that once again the “religious” creed is only a “political” creed and is a valid justification for eliminating uncomfortable characters. Mary I, the hoped-for queen of England and Ireland, in need of freeing herself with her people for the future, needs an heir.

He decides to marry and who, if not the highest expression of power at that time on the whole European continent: the Emperor of the Holy Roman Empire Germanic, Archduke of Austria, King of Spain, Prince of the Netherlands, Archduke of Burgundy, that on which kingdom “the sun never set”, said the one, Charles V, a very Catholic and most devoted sovereign?
The king is Maria’s direct cousin, son of Aunt Giovanna, called the Mad, and he is too old for her. In fact, the great and venerable Charles V trims his son, Philip II, who is eleven years younger, requesting the dispensation, since they are second cousins. A few months after the wedding, Maria finally seems to be pregnant and happy: but it will probably be a hysterical pregnancy, so it is reported in the public records of the time. The young and handsome husband will move to Spain, her father, Charles V, meanwhile had abdicated, leaving her once again alone. Philip II, her husband, will make a second visit to Mary who will be pregnant again in a hysterical way … and in the meantime the pyres will burn other Protestants. In the throes of her “insane fear” of not being the “right one to rule”, she imprisons her half-sister for suspected “high treason” in the Tower of London.

But suddenly on his deathbed, he dies at 42, probably of ovarian cancer, recalls Elizabeth and forgives her for having been the “daughter” of Anne Boleyn, but basically a “good” sister and basically the only one in succession of blood capable of happening. He makes him promise that he would establish the Catholic religion but Elizabeth will only promise a tolerance of all religions in her next reign.

By the way, for two hundred years the date of death of Mary the bloody, will be solemnly celebrated since it was also the date of coronation of Queen Elizabeth I.
To this day the famous Bloody Mary cocktail dedicated to her, is used to detoxify the next day from a hangover, probably dedicated to a “noble bitch” who for 5 years killed over 300 innocents directly due to personal dissatisfaction, without considering the various small wars and insurrections due to useless and cruel religious wars.