There are several benefits in planning the loving encounter within a stable couple: one prepares oneself emotionally, one cares more physically, one invents situations that need a certain premeditation. For example: incense, massage oil, lingerie, just as if every appointment was the game of the first time. Even meeting in a motel, in a country house, while having the house available, could be a great way to "reprogram" the passion. 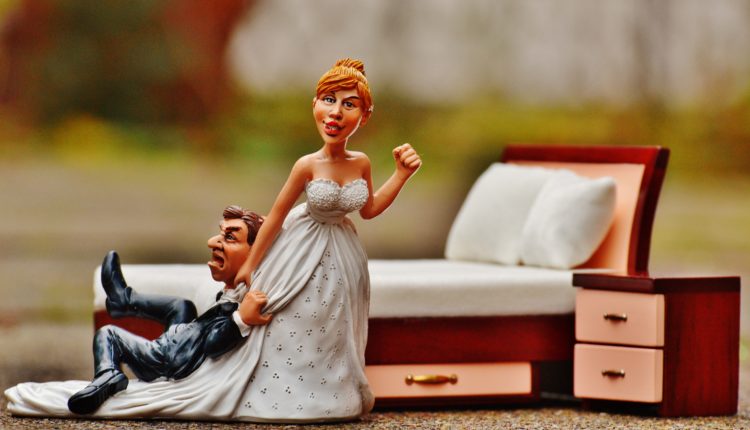 It happens more and more it happens, after some time that we started a relationship, especially when this begins to become stable that our body no longer feels the need to produce the cocktail of chemicals used to attract and conquer the partner. The brain in a stable relationship remains in a situation of comfort and thus fades that novelty effect that triggers the production of endorphins. About a year after starting the relationship with the man who married, it can happen that you no longer want to have sex. Become a normal and biologically natural element in any relationship. Becoming a “white couple” because of work, children, “bad will”, tiredness, the image of one’s body and the various chemical and physiological alterations does not favor intimacy and sooner or later our body, under form of physical ailments and mental illnesses, he will let us know. Setting intimacy aside puts you in a position of risk of looking for it elsewhere, hoping that “changing body” the new chemical sensations can turn the situation around. But often after this type of experience it is recognized that you experience the same feeling of inadequacy, possibly having ruined a couple’s life that could have improved. The idea of ​​planned sex, apparently in stark contrast to the spontaneity and surprise of sex and desire, would seem a kind of heresy, instead it could have its reason. But is there a real reason to plan sex? Sexuality is not just one of the advantages of being a couple; indeed, it is one of the things that makes a couple such. There are several benefits in programming sex: one prepares oneself emotionally, one cares more physically, one invents situations that need some premeditation. For example: incense, massage oil, sex toys, lingerie, just as if every appointment was the first time game. Even meeting in a motel, in a country house, in a car, while having the house available, could be a great way to plan the meetings. According to University of Toronto scholars, scheduled sex helps maintain passion in the couple.

It seems that the least satisfied and least happy couples of their sexual life are couples with a more romantic and less pragmatic vision. These couples believe that an intimacy and a spontaneous, sincere and authentic understanding are enough for sex to become satisfying and naturally happy. To have good sexuality, you need to have good intimacy. And intimacy is not given, but is created together: speaking, sharing, building. Planning the meetings together is an opportunity for the couple where they can tell each other everything they want to try and let their partner try, without secrets or inhibitions. Awareness of the commitment made is sometimes necessary to make the commitment go well. Thus the commitment made represents an obligation and a duty towards the other, but at the same time it is also a certainty that gives confidence and security. We prepare for the encounter with the other, we expect it enjoying it already, making sure that there are expectations, desires and fantasies before the encounter itself. Programming creates expectation, desire: it makes you dream and makes you share. It is a way to rekindle and keep passion alive. The time that you carve out for intimacy with your partner doesn’t have to be dedicated to relationships. Pampering is also important and helps cement the emotional connection. The same goes for the time spent watching an erotic movie. If the sex is programmed increases the risk of “misfiring”? Surely, if sex starts from the assumption that it has only a charge and discharge function and therefore an explicitly “genital” sex, the possibility of making a bad impression, especially for men, is quite certain. But if the game component based on situation, role, accessories, foreplay works, everything will work great. Who then says that foreplay is not sex? As if only penetration is real sex? The only truth widely proven scientifically is that having less sex leads you to the psychophysical condition of not wanting to do more and for women, especially in menopause it becomes a health problem: did you know that sex reduces a whole series of typical inconveniences of mature women?

Osteoporosis, lumbar and pelvic elasticity, testosterone production, uterine prolapse, urinary incontinence disorders. In the long run, women who no longer have sex may experience more frequent sexual difficulties are: a sense of inadequacy with respect to femininity and physical appearance, repression or poor awareness of their desires, difficulty in allowing themselves to feel pleasure generally, therefore not only at sexual level, presence of inappropriate feelings of guilt, difficulty in abandoning and taking the initiative. Do not postpone your sex life, replacing it with affectionate pampering. Approach the matter courageously and begin planning sexual intercourse. It is the only way to keep the flame alive. If you leave it to itself, the flame will go out.

Bach flowers: psychophysical disorders are a matter of mental attitude