The Middle Ages that everyone always portrays as very Christian, very modest and populated by bigots, was instead a period in which it was perfectly normal for the Popes to place lovers as if it were the most natural thing in the world, to have children from them, and to make them become Popes for inheritance law 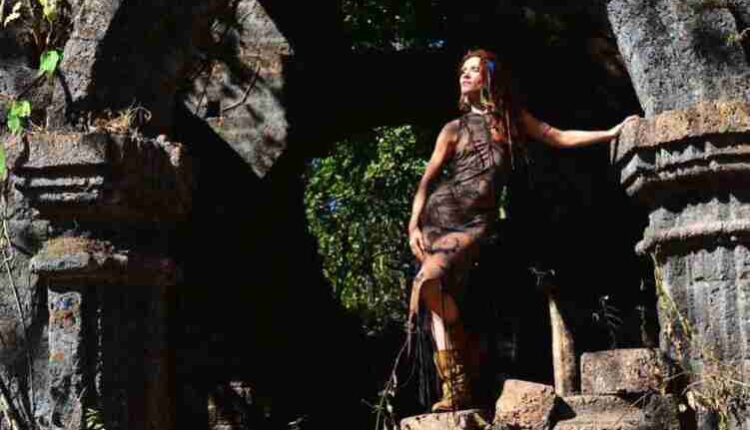 Maria dei Teofilatti, known as Marozia: lover and mother of popes, wife of would-be kings of Italy, adulteress, perjury, murderer, deceiver, leading exponent of what historians have called “Roman pornocracy”, and alleged model of that Popess Joan who medieval legends wanted to have disguised herself as a man to go up to the Soglio di Pietro. When she first appears in the limelight of history she is only fifteen years old, but she is already the lover of a Pope, Sergio III. The two do not even hide, in the papal Rome of 910 AD. Marozia lives more uxorio, as the official concubine of the pontiff. The Middle Ages that everyone always portrays as very Christian, very modest and populated by bigots, was instead a period in which it was perfectly normal for the Popes to place lovers as if it were the most natural thing in the world, to have children from them, and to make them become Popes for inheritance law.
Theophilact, the father, and Theodora, the mother, are known for their uninhibited conduct, both politically and sexually: there is no doubt, therefore, that it was they who put Marozia in Sergius III’s bed. After the elderly Sergio III was poisoned, Marozia became the wife of Duke Alberico of Spoleto in 915, who legitimized as her own, the son had by the Pope. Marozia’s husband and parents manage power: they make and undo the Popes , choosing a series of dull figures without much charisma, who obey their orders. Until John X is elected, Pope who would not have supported them. Alberico with his troops organizes a coup to take over Rome. Pope John, however, does not give up: even if momentarily expelled, he reorganizes and takes the city back. Alberico is forced to flee to a nearby town but the people of the city, stirred up by the Pope, rebel and kill him.
At this point the cards in Rome are completely mixed up: Teofilatto and Theodora are dead, Marozia is a widow and on the corner, and John X seems the winner of the game. But fate has other plans. The Italian princes elect Hugh of Provence as King of Italy, and do not even ask the Pope for an opinion. While Giovanni tries to parry the blow and takes cautious contacts by proposing to Ugo that he can recognize his title, Marozia wastes no time, decides to take advantage of the circumstance of being momentarily single, and immediately seduces and marries Guido, Duke of Tuscany, brother of Ugo, the new king. Pope John X is captured and locked up by Marozia and Guido in Castel Sant’Angelo: he will die the following year, perhaps of poison, a weapon that Marozia always willingly uses to kill Popes when they get bored. 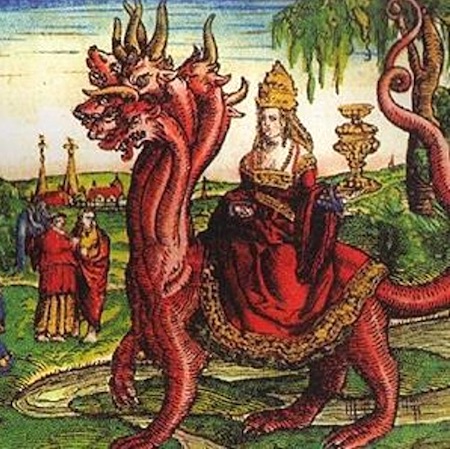 Poor John XI, let alone if he is able to oppose it: he lived in the shadow of his mother, and he does not even suspect that there could be any other way of being in the world than by following her in all respects. Indeed, he joyfully celebrates the wedding, and Marozia thus becomes Queen of Italy. And this is where what Marozia could never have predicted happens: she who had always treated men as puppets and considered her children as her own creatures, born to indulge her designs, finds herself where to deal with Alberico’s opposition. , his second son, who became Duke of Spoleto. Alberico from his mother must have inherited the decisive character and above all the idea that power is not shared with anyone, much less with a new too bulky stepfather.
It falls on Rome, in fact, which he considers as an annexe: he drives out Guido and closes his brother Giovanni in the Lateran, requiring him to be only the Pope and the bishop of the city, that is to take care of the souls of the ‘Urbe, he takes care of it. John XI, shining for determination, retires in good order: he is twenty-two years old, and only three years later he will die, without ever having been able to prove that he was alive. And Marozia? What happens to it? What happens to her? In reality it is not known and not understood well. Her son has her shut up in some cloistered convent, away from the only thing she had lived for, power. She is probably emptied of it, because she goes limp, doesn’t let out a breath. Of this woman who had spent her life on the stage, used to being at the center of events and living everything in public, death is so private that we don’t even know when it happened exactly.
She dies, without a breath, without a complaint, after being betrayed by her son and relegated to the shadows. But her existence so over the top, so unbridled and paradoxical, her indomitable will, her ability to transgress every rule and every commandment, will give birth to the black legend of Popess Joan, the young woman who pretends to be a boy to make herself elect Pope, and is then discovered because during a function she is in labor and gives birth to the son she had by a lover. Here, Marozia had not pretended to be a man and had not been elected pope, but everything else, yes, she had done it: she had commanded Rome and almost all of Italy, administering children, lovers and husbands with cold determination; she had made herself mistress and only mistress, in a world of men, without caring about anything, only to follow his enormous ambition. She had behaved like a man of those times, and few of the men of her day had matched her. After all, he would have been a perfect Pope for the Rome of that time.