Are you a lover of soft toys? Have these home days forced you to have a more intrinsic relationship with them? Have you ever thought you were one of them? Have you ever dressed up as your favorite animal? Do not worry this "disorder" is called Fursona and is an alter ego of Furry fans 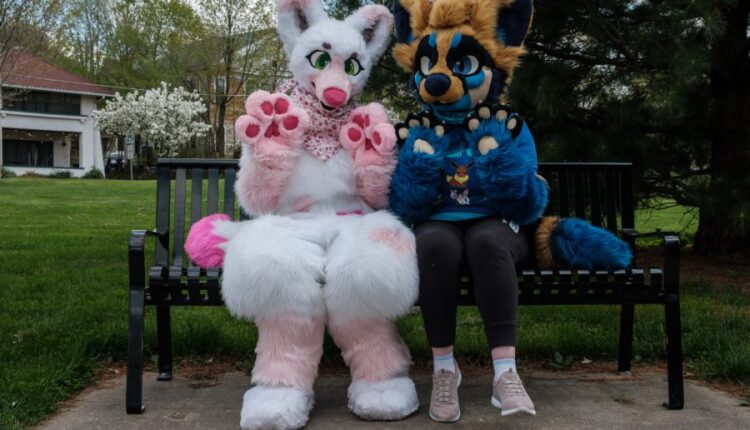 In the Furry subculture, a Fursona is an alter ego of each Furry fan, a character with the features of an anthropomorphic animal who is represented by its creator in graphic or literary forms. The term, commonly used in Furry jargon, comes from the neologism of the English terms “Furry” (furry) and “person”, intended both as a role, interpretation, character and as an alter ego as a “projection” of the real person who plays it. . There are both physical and virtual meetings, where the various Fursona avatars meet, with the simple purpose of representing themselves according to the chosen animal.

There is great freedom in choosing how to represent yourself with the most common animals such as dogs, cats, foxes, wolves and rabbits. Many Furry fans add features not typical of the species, for example the addition of supernatural elements and other fantastic features. Fursona that have bizarre fur colors, such as neon colors, are also common. Among the forms used by anthropomorphic animals, there are the Ferals, who are characters with a typically and correctly animal appearance, but who have psychological and human behavioral connotations such as intelligence and language: for example, Shrek’s Puss in Boots.

How many of you have a pet and are convinced that it has human characteristics? I think most of those who are reading us! I met parents, grandparents, brothers and sisters, of dogs and cats, who seamlessly told me about the intelligence, emotions, actions of their “Talking animals” or talking animals that accompanied them. Then when pet therapy took over, talking and considering a domestic animal as a family member will have made you sigh a sigh of relief: that you weren’t crazy and that in any case, and in this alas we must admit it, when the behavior of a few becomes the behavior of many, “the insiders of the psyche”, have capitulated and perhaps have had to reformulate the concept of “human normality”, a concept that has become increasingly ephemeral, as the more appropriate term has become “human functionality”.

That is, if to feel good and not have a series of psychosomatic problems of various kinds, amplified by “seclusion”, insomnia, obsessive thoughts, anger, neuralgia, migraines and so on, adopt “strange” physical and psychological behaviors inspired by both soft toys and both from the “live” animals you have at home, let’s do it, let’s talk to them, because in reality we are not talking to ourselves but we are expressing needs of our inner world … the problem arises when these, both soft toys and live animals, they respond and we are able to understand what they tell us. It is said that when you talk to a “live” animal being or a stuffed toy you are in a state of neurosis; when he “answers” you are in a state of psychosis. But who can determine what the dimensions of our well-being are?

But let’s go back to the Fursona. Having overcome the anthropomorphological concept, which you can easily carry out with the animals you have at home, the Furry fans create a universe around their Fursona, therefore a physical profile, also a detailed psychological profile of their characters and a biography, useful for remembering and to make others understand how a character can behave in various situations. In the practice of role play, and here the human being to the word game also extends the eroticism and sensuality of the costumes of his avatar Fursona, we can define an ideal companion in all respects using the diplomatic and philosophical principle in the context of communications: that is, the metaphor.

In fact, the Fursona is a metaphor: a personal Furry, often reflects elements of the real life of the person who plays it, becomes what a Furry fan is or really wears, or what a Furry fan would like to be. The choice of the species, for some, is symbolic and represents them in some stereotypes of the species. For example, a Furry fan with a Fursona cat symbolizes independence, aggression, sensuality; a Fursona dog fidelity, meekness, affection. Let’s not forget that there is the Disney Fursona and all the Fursona created by pajamas, which, demonized for years by all lovers of marital sensuality, could represent the new frontiers of home eroticism in this different vision.