From a psychological point of view it is also necessary to support psychotherapy so that the responsibilities of the family are shared and managed in a functional way. 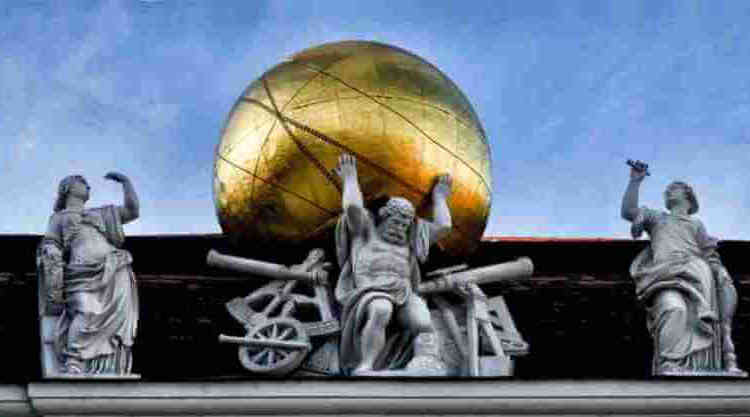 Atlas was king of Mauritania expert in astrology and astronomy. He was the first to represent the world by means of a sphere and for this reason it was said that he carried not only the world but “the starry vault on his shoulders”, alluding to his invention. But Atlas was the rebel giant against Jupiter who was condemned to hold the world on his shoulders. And we know that from the time of the Greeks and Romans Jupiter was the father god. In fact, it often happens that women who suffer from this syndrome have a conflictual relationship with their father which then results in “taking on” responsibilities that they did not want but which must be taken in honor of paternal love and family.
In fact, there are about 2,000,000 cases with this difficult diagnosis syndrome: but does it really exist? The unfortunate ones are told, that above all it is women, pain in the spine, shoulders, neck, arms, wrists, thighs. Difficulty falling asleep, frequent awakening during light, unrefreshing sleep. Chronic fatigue, mood disorders, difficulty concentrating as afflicted by cognitive fog Fibromyalgia is a chronic muscle pain syndrome: it has no rheumatic or traumatic origin. It seems to have an origin from triggering factors such as prolonged stress which somehow, and is the true clinical sign of the disease, alter the balance of some neurohormones, such as serotonin for example, responsible for the amplified perception of painful stimuli.
Fibromyalgia is not associated with any evidence of physical, biological or instrumental alteration: the diagnosis is strictly clinical; patients generally appear to be in good health, but severely suffering and limited in carrying out normal daily activities. The treatment of fibromyalgia is not implemented only with drugs that act at the level of the central nervous system (anti-depressants, muscle relaxants, neuroprotectors) to which are added anti-pain drugs and others that improve the quality of sleep. It is necessary to complete the therapy with a constant aerobic physical activity program, muscle stretching exercises (stretching), to improve posture and gradually increase cardiovascular fitness.
It can also be useful to learn meditation and relaxation techniques (yoga, thai chi, autogenic training, mindfulness) that can partially relieve pain, osteopathic treatments, gentle gymnastics (better if given by the rheumatologist or physiatrist) useful for reduce muscle tension. Last but not least, it is also possible to combine psychotherapy so that the responsibilities of the family are shared and managed in a functional way. Learning to manage responsibilities by giving ourselves breaks, delegations, either-or, because as much as sick during the acute and chronic collapse of fibromyalgia you can not do anything: neither with the body, nor with the mind, nor with the spirit.